Wheeling Lampung, the Roller Skate Club in Lampung Province, which is Full of Achievements. Lack of attention

Mainstream sports club, Lampung is also rich in roller skating clubs. One of them is Wheeling Lampung. The roller skating club, which was formed on January 19, 2013, has won many prestigious roller skating awards both at the national and international levels.The name Wheeling Lampung is taken from the word wheels which means wheel. Later developed into wheeling, which is the highest trick in freestyle. Meanwhile, the word Lampung characterizes the area of ​​origin of this club. Wheeling Lampung was formed on January 19, 2013. This club was initiated by reliable cyclists from Lampung Suci Aprodity together with his two colleagues. As an athlete, Suci feels that Lampung Province is very short on the next generation.

Ice skating is the self-propulsion of a person across a sheet of ice, using metal-bladed ice skates to glide on the ice surface. This activity can be carried out for various reasons, including recreation, sport, exercise, and travel. Ice skating may be performed on specially prepared ice surfaces (arenas, tracks, parks), both indoors and outdoors, as well as on naturally occurring bodies of frozen water, such as ponds, lakes and rivers.

Wheeling Lampung, the Roller Skate Club in Lampung Province, which is Full of Achievements. Lack of attention 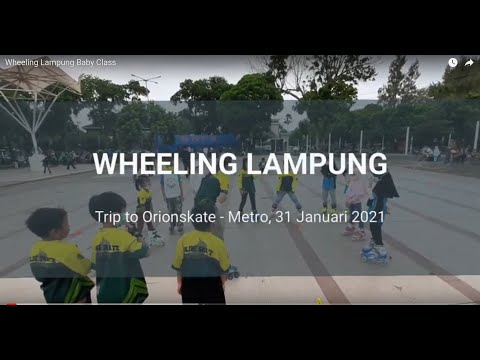